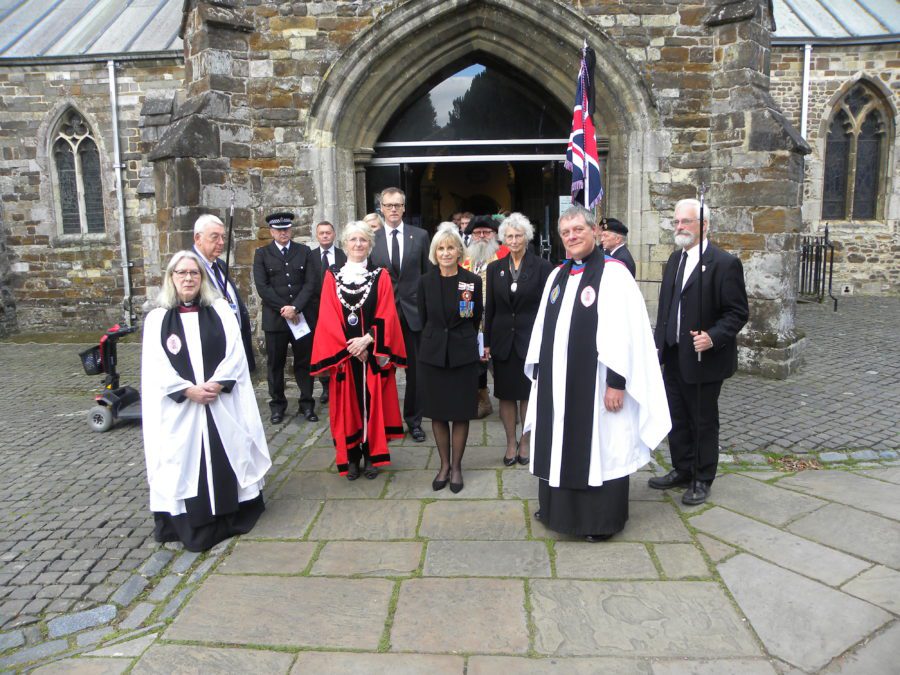 A Service of Commemoration to mark the death of her late Majesty Queen Elizabeth II took place in the Minster Church of St. Cuthburga, Wimborne Minster this afternoon in front of a Congregation of over two hundred. The Rector the Revd Canon Andrew Rowland conduced the Service and gave the Address with the Prayers being led by the Curate the Revd Nick Wells and the Associate Priest the Revd Heath Waldsax. The singing was led by the Minster Choir under the direction of Colin Davey, Organist and Director of Choirs.

At the organ was David Warwick. The Service was attended by Lieut. Col Sally Cadec, a Deputy Lieutenant of Dorset representing the Lord Lieutenant.

Michael Tomlinson MP was present along with the Town Mayor, Cllr Carol Butter, the Deputy Mayor, Cllr Diann March, other members of the Town Council, the Town Clerk and the Town Crier. Representatives of the Town and Deanery Clergy, Dorset Police and the Wimborne Branch of the Royal British Legion were also in attendance. The Union Flag was paraded through the Minster at the start of the service and laid on the Altar. The two lessons were read by the Mayor and the Deputy Lieutenant. The Wimborne Militia fired two volleys at the conclusion of the service, the first as a final salute to Her Majesty The Queen and the second the first salute to His Majesty The King.