A crowd of several hundred gathered round the Minster Green and in the High Street Sunday afternoon for the Town Council Statement and Proclamation of the new King.

On this sad but historic occasion The Town Crier and Town Mayor’s Serjant Chris Brown called for silence before the Town Mayor, Cllr Carol Butter first announced the Town Council Statement which was then followed by the reading of the Proclamation. It concluded with GOD SAVE THE KING and this was repeated by the Official Guests. All present then joined in saying God Save The King.

The Town Crier then called for Three Cheers for His Majesty The King before the Wimborne Militia fired a Militia Salute.

The Town Mayor with the Rector, Curate, the Revd Nick Wells, the Town Crier and the Militia at the conclusion of the event

The Town Crier, The Mayor and the Rector in conversation before the Proclamation was read

Part of the large Crowd gathered to listen to the Proclamation 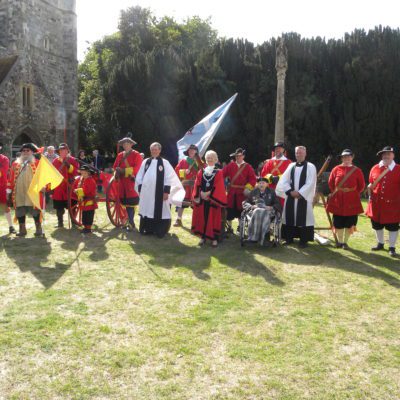 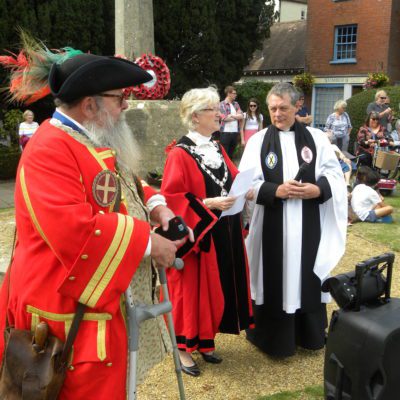 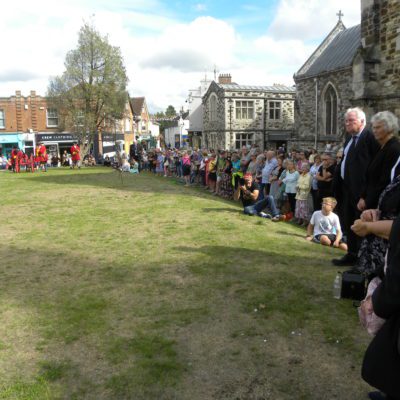