The Jubilee weekend in Wimborne started with a bang on Thursday, 2 June!  Wimborne Cemetery in conjunction with Wimborne Minster Town Council, took part in the national beacon lighting event in celebration of HM The Queen’s Platinum Jubilee.

A parade of dignitaries and townspeople, led by The Quarterjacks, marched from The Square to the Cemetery where a 21-gun salute was performed by the Wimborne Militia.  This was followed by a musical performance of pieces especially written for the event.  First, piper Richard Rowland played Diu Regnare and then The Quarterjack buglers played ‘Majesty’.  The beacon was lit by Dorset Fire & Rescue to the accompaniment of The Minster Choir singing ‘Song for the Commonwealth’.  The event closed with everyone singing the National Anthem. 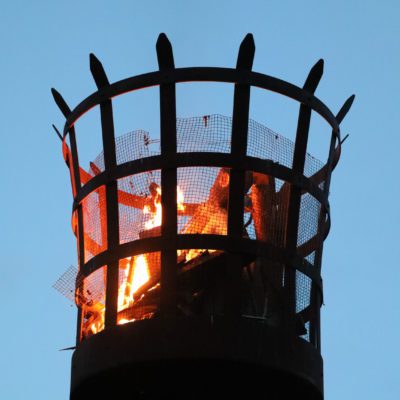 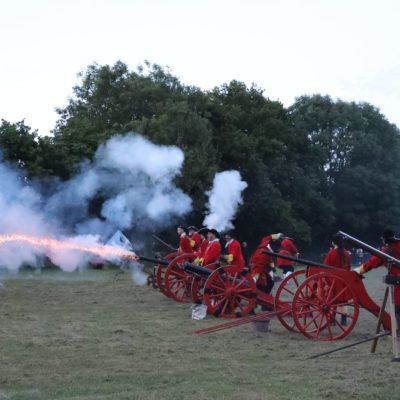 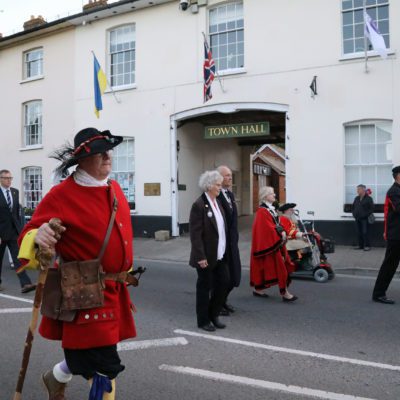