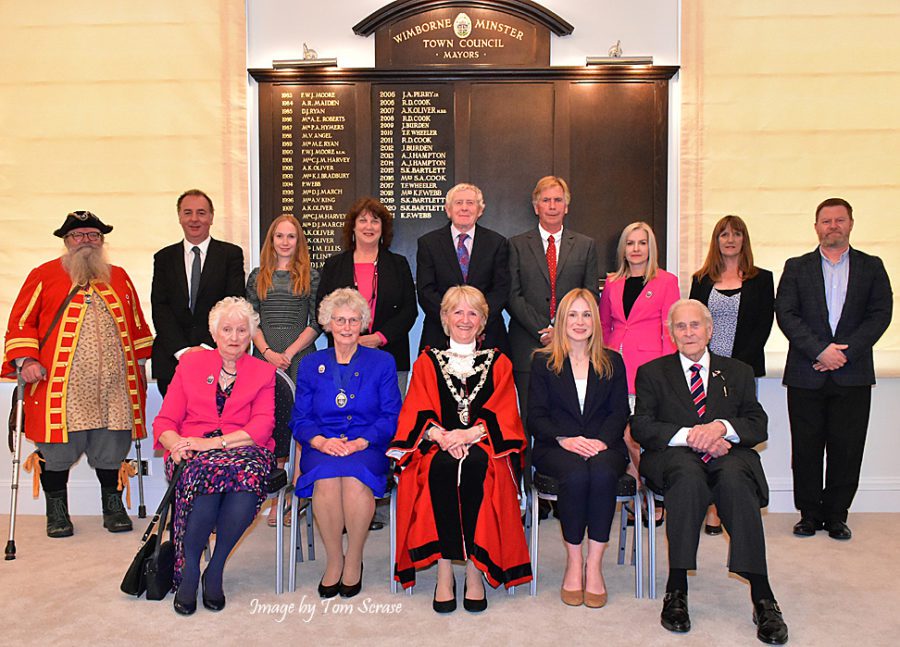 Carol’s background is in Banking and Finance and had a career including Finance, Audit and was responsible for the implementation of a number of Financial Projects.

During the year, Carol will be raising money for three charities – Walford Mill Education Trust, Dial A Ride and UK Wild Otter Trust.

Dial A Ride is a voluntary, not for profit, transport service operating in the East Dorset District Council area, Merley and Broadstone.

UK Wild Otter Trust are a Devon-based charity dedicated to protecting and promoting a positive understanding of the European otter and its conservation.

The Deputy Mayor will be Cllr Diann March.

The Town Council’s Committee Membership has also been agreed with Cllr Carol Chedgy as Chairman of Resources Committee, Cllr Shane Bartlett as Chairman of Recreation & Leisure Committee and Cllr Simon Wheeler as Chairman of the Planning & Environment Committee.  Their respective Vice-Chairmen will be Cllr Mike Hopkins, Cllr Ann Roberts and Cllr Bill Richmond.