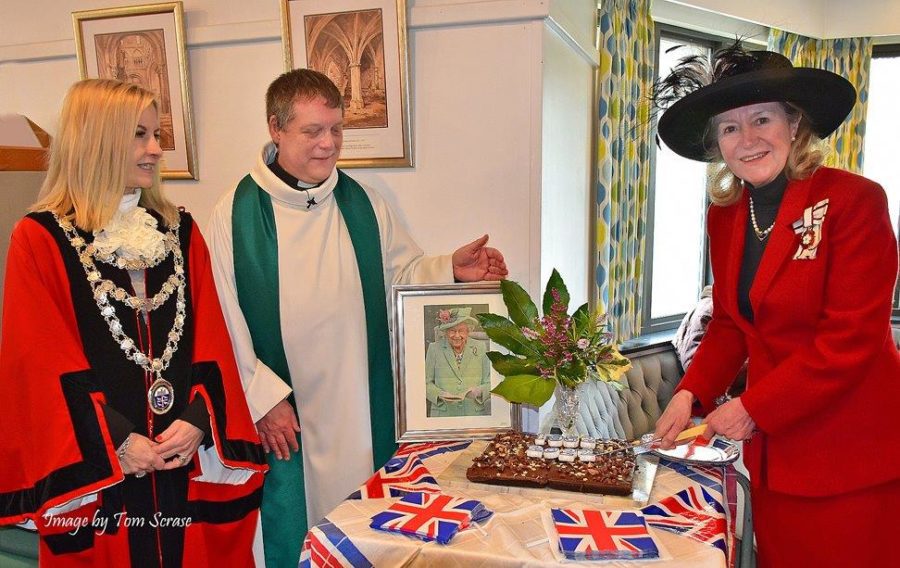 At the Parish Eucharist in Wimborne Minster on Sunday 6th February special readings and prayers were said to mark the actual date of the 70th Accession to the Throne of Her Majesty The Queen. The Service was conducted by the Rector, The Revd Canon Andrew Rowland who also preached the Sermon. The first lesson was read by the Town Mayor, Cllr Kelly Webb and the second by The Vice Lord-Lieutenant of Dorset The Hon Mrs Charlotte Townshend. The Prayers were led by Mrs Alison Francis. Hymns sung included I vow to Thee my country and the National Anthem.

After the Service Coffee and Cake were served in Church House.

In the afternoon The Minster Bellringers rang a Full Peal of 5070 changes known as Stedman Caters in three hours twenty six minutes. A Full Peal is anything over 5000 changes, the extra 70 being added to mark the 70 years.

It was especially composed to mark the Platinum Anniversary.