The Service was led by the Rector of Wimborne Minster, The Rev’d Canon Andrew Rowland assisted by the Rev’d Bill French who is Chaplain to the Wimborne Branch of the Royal British Legion. A wreath was laid by the Poppy Appeal Organiser David Keig.

The Town Mayor of Wimborne Minster, Cllr Shane Bartlett and the President of the Wimborne Branch of the Royal British Legion John Raymond, who were both present, had  laid their wreaths at the War Memorial on Remembrance Sunday 8th November.

The Exhortation and the Kohima Plea were said by Mike Young, the former Chairman of the Wimborne Branch of the Royal British Legion. Two RBL Standard Bearers were also present one with the Union Flag and the other with the RBL Standard. Around 100 people were present to observe the two minutes silence,  socially distanced around the Minster Green and in Cook Row and the High Street. 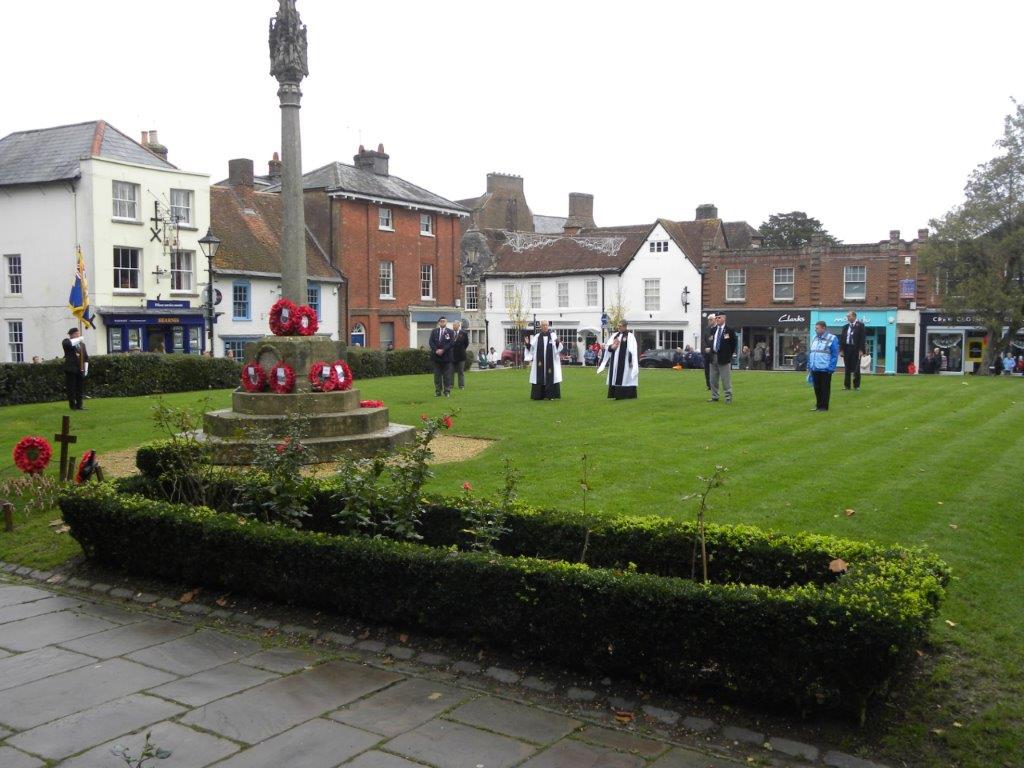